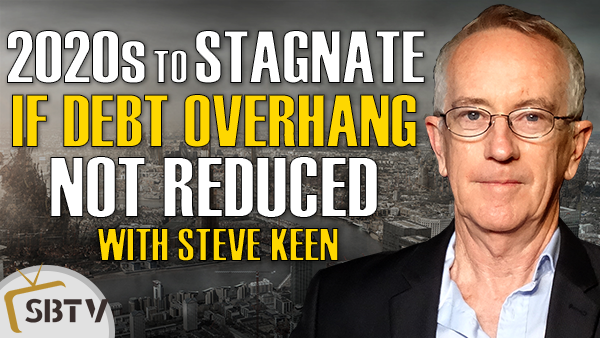 Our latest SBTV guest is Professor Steve Keen who was credited as the first Australian economist to have warned of the 2008 financial crisis years before it happened. Steve Keen believes the global economy is stuck in a 'lost decade' type of credit stagnation which will continue into the 2020s if private debt levels are not reduced.

Discussed in this interview:
02:28 Warnings from high private debt in 2008 were ignored
09:28 How conventional economics failed us in forecasting financial crisis
14:20 How credit confounds conventional economics
15:46 Hyman Minsky's Financial Instability Hypothesis
21:08 Does the government's escalating debt matter?
24:41 What happened with the repo market in September 2019?
30:32 Threat of Collaterallized Loan Obligations (CLOs)
35:42 An ecological crisis is coming